Many applications of the C-MOD :


Many applications of the C-MOD HV :


Many applications of the C-MOD SPK :

"A revolution in the coupling capacitor industry..." 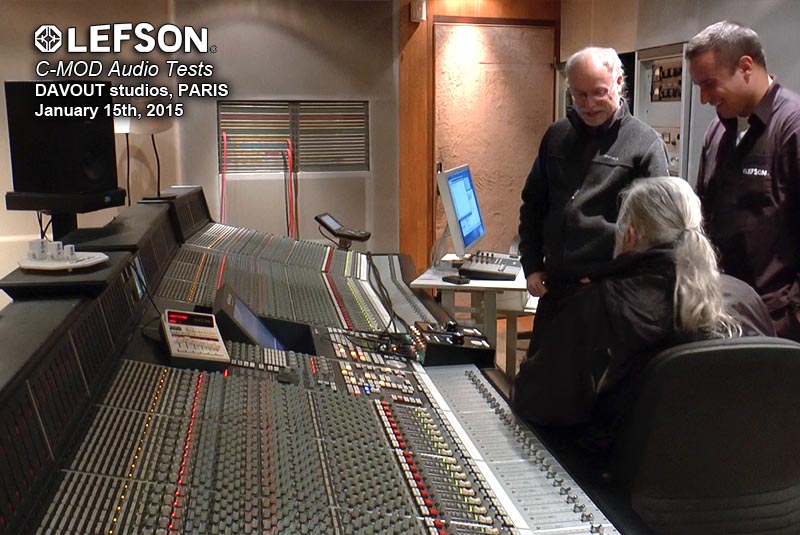 Let's take as example an equalizer fitted with an input stage, a frequency filtering stage and an output stage. Two coupling capacitors are sometimes necessary for the device to operate : one between the first and the second stage, an other one between the second and the third.

The problem is that every coupling capacitor degrades the audio signal which crosses it. A lot of sound details disappears, the stereophonic stage and the depth are reduced. Digitally said, it is the resolution of the audio signal that decreases.

Audiophile people go on war against coupling capacitors, considered as designing aberrations. However, it is often impossible to leave them. That is then very important to find the one who causes least losses, the one who degrades least the audio signal which crosses it.

LEFSON designed three lines of coupling modules, the C-MOD (Coupling Module), to resolve this problem. The C-MOD does not color and does not almost degrade : it protects the characteristics of the audio signal which crosses it.

It thus becomes possible to considerably improve the audio quality of a majority of gears, while keeping their characteristics, their features, their original sound color. 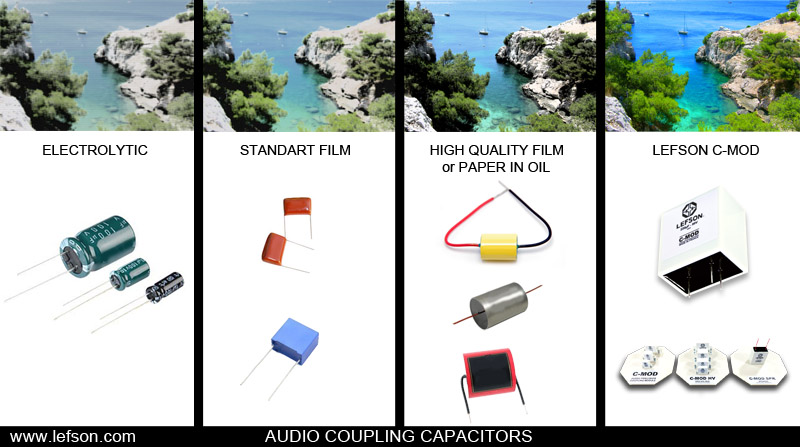 Changing coupling capacitors of this vintage tube compressor by LEFSON C-MOD will only improve the global resolution coming from all these four features.


To perform these tests in experimental conditions and make all of our partners able to hear differences, we designed a capacitor comparative stereo box. It's only made of sockets, rotary and lever switches. This way we can compare things with the necessary rigor required in the world of audiophily.

All tests we made used 20 hours burned-in components. To achieve optimum results, the LEFSON C-MOD needs to be burned-in with audio signals during at least 80 hours.